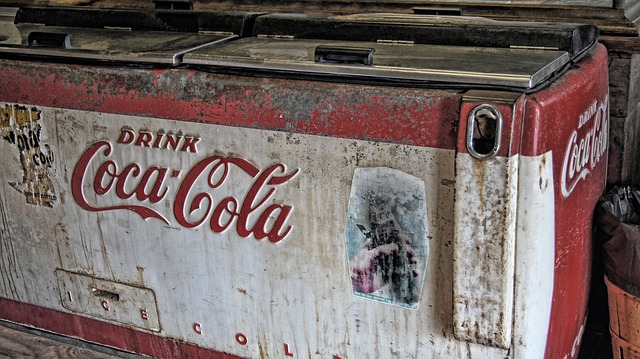 If you want an example of an American corporate success story then you need look no further than Coca Cola.  The company has been around since 1886 and was developed by a man named John Pemberton, affectionately known as “Doc”.  Doc fought in the Civil War and once the war was over he was looking to start a business and create a product to sell.

Initially Pemberton tried his hand at making pharmaceutical products inventing several different drugs.  Not one of them made Pemberton a dime.  Later on Pemberton relocated to Atlanta and decided the beverage market would be a better fit.  Back then in the south the temperance movement was gaining strength and instead of gathering in pubs, bars or saloons people were gathering around soda fountains and it was here Coca Cola was born.

Pemberton wasn’t the greatest business man ever and he had no clue about sales or marketing.  Enter Frank Robinson, he was the guy who saw that the patent got registered, he created that logo that is recognized all over the world.  He even created the slogan “The Pause that Refreshes”.  The first year was a rough one for Coke and they didn’t sell much at all.  1888 was also the year that Doc Pemberton died, he would go to his grave never knowing how successful coke would go on to become.  Here is a look at coke in the early years.

After the passing of Doc Pemberton the business was floundering and a man named Asa Griggs Candler stepped in to rescue the company.  It was in 1891 that he became the sole owner of the company.  Unlike Doc Pemberton, Asa Griggs Candler did know a thing or two about marketing and it was he who hired salesman to pass out coupons for free cokes.  Griggs wanted people to try Coke, love it and then continue to buy it.  While that marketing tactic is pretty commonplace today back then it was revolutionary. Read Latest.

While the coupons helped spread the word about Coke what really was instrumental in putting coke on the map was slapping the logo absolutely everywhere.  Back then you could find the coke logo on posters, bookmarks, lunch boxes, and calendars.  That was how coke went from a small local brand to a national brand.   Initially coke was sold as a medicine, until Congress decided to tax on medicines after that was coke was sold as a beverage. 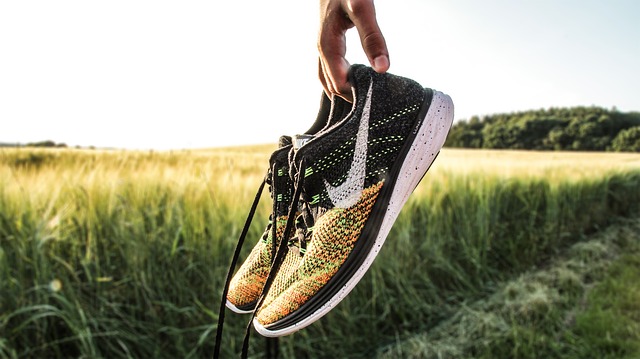 Nike is a super brand that is recognizable by most people across the globe. With so many sports stars merchandising their products from sweatshirts to sneakers and tracksuits, the brand is now synonymous with success.  This was not the case from the start. Like most success stories, there is a humble beginning to be told too. The story behind Nike is an inspiration to many and proof that no dream is too small.

The First Pair of Shoes

Finding a pair of Nike shoes may not present a challenge now but it all began with the first pair of shoes.  The claim that the first pair of Nike shoes, known then as “Blue Ribbon Sports”, was made for Phil Knight has been debunked by Otis Davis. Both men were coached as student-athletes by Bill Bowerman at the University of Oregon. According to Otis, the shoes did not feel right on his feet. This is not the case now with Nike shoes.

A Company was Formed

Phil Knight partnered with Bill Bowerman on January 25, 1964, to form Blue Ribbon Sports (BRS). The number of Japanese running shoes they sold in their first year of running the business was 1,300.  This figure is impressive considering the fact that the first set of employees had to make sales from the back of cars until they acquired an office in Santa Monica, California. By May 30, 1971, BRS evolved to Nike Inc. as we now know it.

Then Came The Logo and Slogan

Just in case you do not know, the famous logo of Nike is known as the “Swoosh”. This popular logo represents everything that Phil Knight wanted and is now worth $26 billion on its own. The logo is said to represent the wing of the Greek goddess of victory – you guessed right, NIKE. Even in its simplicity, this fluid logo adopted by Nike Inc. in 1971 is able to convey motion and speed. The trademark got registered on January 22, 1974.

The popular slogan – Just Do It – appeared with the logo in the year 1988 and has remained present ever since. Both the logo and the slogan have become inseparable as the core of Nike’s brand. Read Latest.

From a company that had staff sell inventory from the back of their cars, Nike Inc. has become a multibillion-dollar corporation with lots of high-profile athletes sporting the brand.

Nike Inc. is worth about $29.6 billion according to Forbes in 2017. They also have about 44,000 people under their employment.  Next time when you see a Nike logo, remember that it all started with one pair of running shoes that was declared uncomfortable.

I stumbled on Southwestern Rugs Depot when I was looking for an area rug to deck out my home.  I was immediately captivated by the unique user interface of their website. They really struck me as a small shop in a way that caught my attention because it was so different from all of the other rug shops I had visited.  I eventually did find the area rug that I was looking for and Southwestern Rugs Depot’s followup sequence was really interesting too. I received multiple emails from one of the owners thanking me for my order and eventually asking if I received everything ok. I replied to his emails and he sent me a response within 15 minutes. I was blown away. What other e-commerce stores would you get a reply from the CEO within 15 minutes of sending out an email? 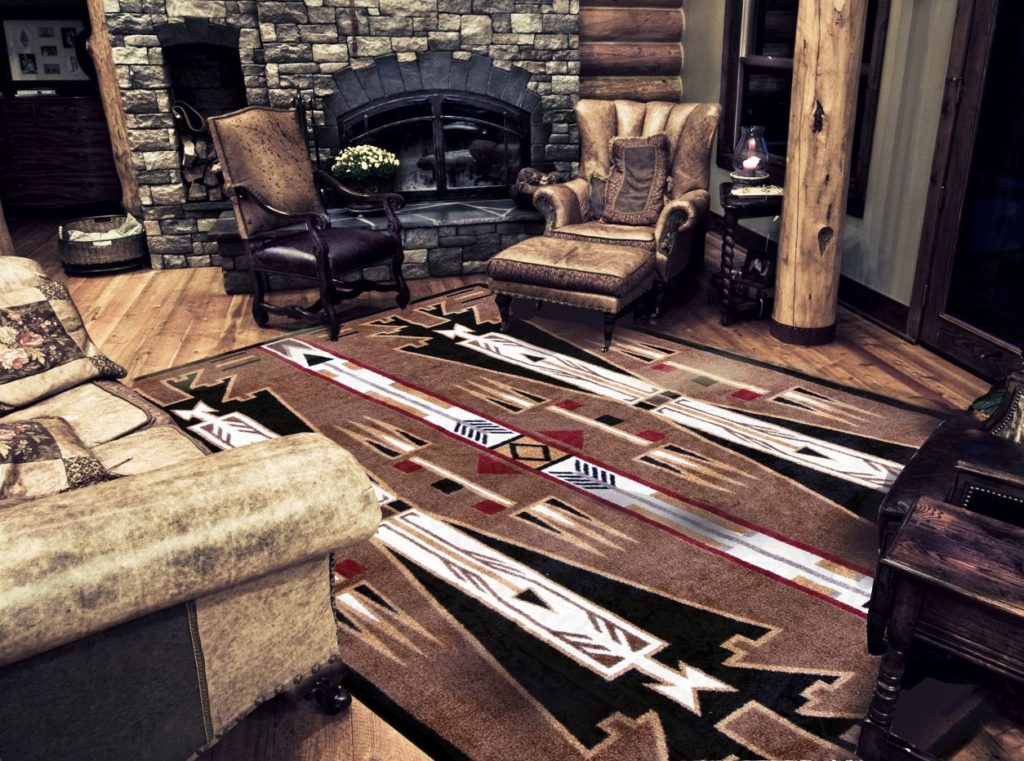 Anyway, that’s my unbiased review. I would recommend checking out their site if you’re in the market for an area rug (in 11x13ft or otherwise). I reached out to Southwestern Rugs Depot to ask for a quick interview and they were more than happy to oblige. So here’s some a bit more info that I learned about the company.

They’ve been in business for a few years. The owner started Southwestern Rugs Depot after working with a local rug designer and wanting to experiment with the retail side of the rug business.  He was actually looking for a rug himself and was really disappointed with the shopping experience from a few of the current large rug retailers out there.  He thought that there’s no reason why buying had to be such a pain with a terrible customer service experience.  The owner actually grew up in the carpet capital of the world so he still had a lot of connections in the world of rugs and carpets.  He was extremely picky about the manufacturers that he would work with, though. He makes sure that all work is done in the USA and nothing is outsourced overseas.  He said that he’s confident in the quality of work being done in the US and it’s been hit or miss working overseas so he wants to make sure to deliver a consistently high-quality product to his customers.

Connect with people and projects that will inspire you.

List projects you helped create at work and in your free time. Or find out who made the apps, websites, podcasts and other projects that inspire you every day.

Makerbase is for every project you created — even the ones that didn’t work out. List everyone who worked with you on projects, describe what they did, and reveal what tools you all used to get the job done.

A Profile of Starbucks 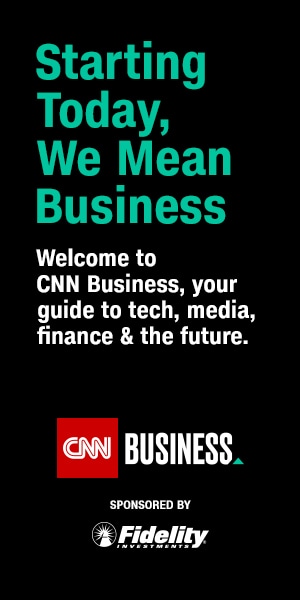 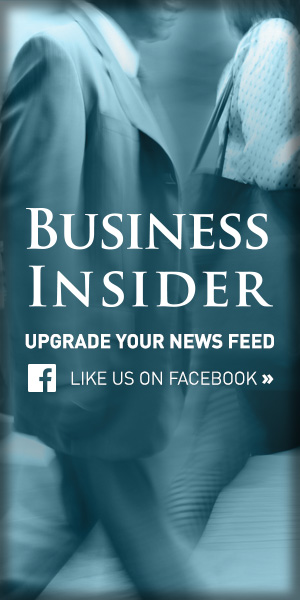 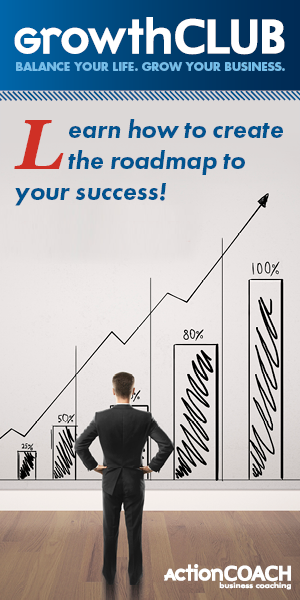